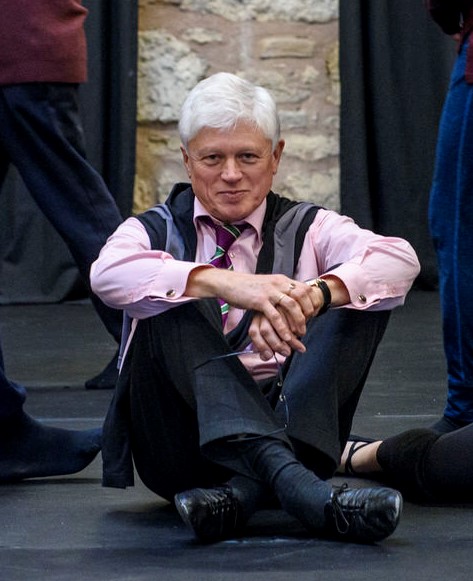 Trained in acting at the Central School of Speech and Drama (1973-76) and began his directing career at the Young Vic Theatre, London. In 1978 he created The Cherub Company London, a pioneering, text-based physical theatre ensemble which, under his artistic leadership until 2003, re-discovered neglected classics, introduced European drama to UK repertoire and toured its productions on 3 continents, visited many festivals in Britain and abroad and mounted seven Edinburgh Festival Fringe premières. His freelance work includes productions in Holland, Poland and Greece; the first British multi-ethnic Romeo & Juliet at the Young Vic Theatre and UK tour; the British premières of two plays by Poland’s outstanding contemporary poet and dramatist, Tadeusz Różewicz; a revival of Brecht’s The Life of Edward II of England at BAC, Riverside Studios, The Place and on UK tour. He has written the award-winning stage adaptation of Kafka’s THE TRIAL, which formed the basis for an opera at Dartington in 1986, also of Kafka’s THE CASTLE and, in collaboration with Barbara Bogoczek and Tony Howard, of Mikhail Bulgakov’s cult novel The Master and Margarita.

He founded and runs Theatre Alive! promoting and supporting the work of new professionals and creative aspiration in theatre. This and his continuing exploration of text-based physical theatre led him in June 2009 to direct Gogol’s Diary of a Madman in Paris
then, afterwards, in September 2010, he directed a new Greek translation of the same play for the Balkan Theatre Festival at the Albanian National Theatre in Tirana. A production of a contemporary adaptation of the play in French premièred at the Avignon Festival in July 2014 and was revived in Paris.

In 2012 in London, he directed Phaedra by Yannis Ritsos, a multi-cultural project with music by Javanese gamelan instrumentalist, Aris Daryono, and in collaboration with graduates of the RADA MA courses: Guillaume Pigé from France (Artistic Director of Theatre Re) and Huan Wang from China.

Most recently, he developed Macbeth. A Dialogue as the first stage in his exploration, as Honorary Research Fellow of the Queen Mary University, London, into the training of the contemporary actor and the tension between the language of early modern poetic drama and the language of the body; he presented the work at the 2016 Bloomsbury Festival in London and at a special performance for the students of the Royal Ballet School, Covent Garden, as part of its Creative Artist Programme 2017. As part of the same exploration, his latest production, Opium, based on the book and drawings of Jean Cocteau, premièred at the RADA Festival, 28th June 2017. In all, Andrew Visnevski has directed over 100 productions.

His wide-reaching educational work includes heading the MA Courses at the Royal Academy of Dramatic Art until 2017, many productions of classics and new plays, courses and projects as guest director for RADA and other leading drama schools in London, as well as supervising design projects for the Slade School of Fine Art. He was Associate Teacher on the new theatre directing course at the Drama School of the National Theatre of Greece (2018/19).

Argyro Chioti was born in Athens. She is an actress and theatre director working in Greece and in France. In 2005 she co-founded the VASISTAS theatre company. She explores scenic forms that tend towards visual poetry,
enhanced by choral vocal work and physical performance.

Her work focuses on dramaturgies that are not defined by a text-based logic or a linear story-telling. With particular attention to detail she orchestrates “moving images” which are based on rhythm. The subject-matter of her creations is the human being and his experience in a specific social frame.

She graduated from the “Morfes” Drama School of the Embros Theatre in Athens in 2000. She holds an MA Degree in Theatre Directing and Dramaturgy and a BA in Theatre Studies from Provence University in France (2006). In 2013, in recognition of her artistic work, she was honoured with the “Eleftheria Sapoutzi” Award. In 2011, the VASISTAS Theatre Company’s The Spectacle received the honorary distinction for best innovative theatre play from the National Association of Theatre and Music Critics.

The Libation Bearers. Athens & Epidaurus Festival in co-production with the Municipal Theatre in Kavala, 2018

Phobia: a spectacle. Co-production with the National Theatre of Greece, 2010

Faethon by Dimitris Dimitriadi. A stage reading in the Onassis Cultural Centre. October 2013

This! Multimedia performance in collaboration with Via Negativa. Ljubljana, October 2013 and Athens, 2014 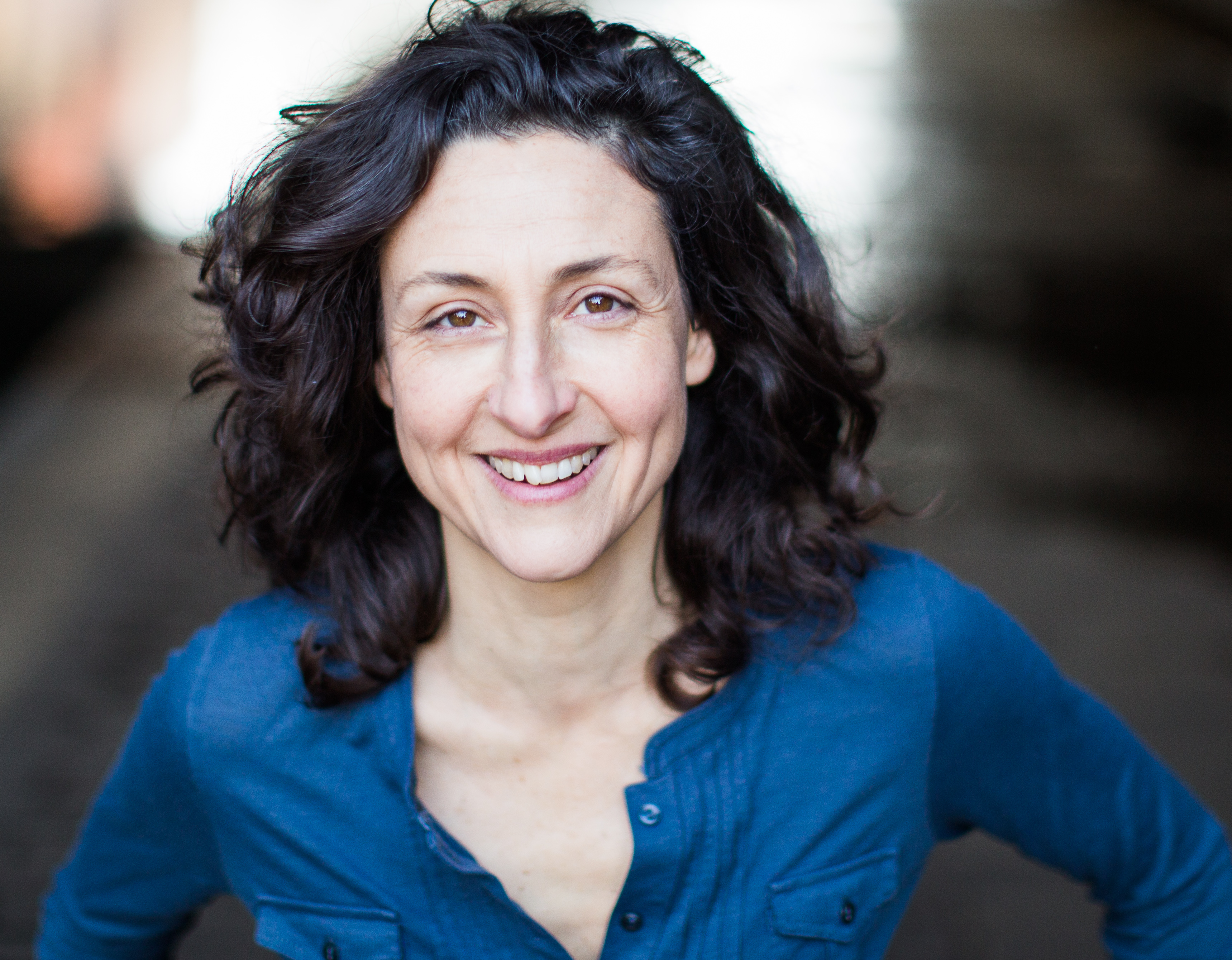 Gabrielle is a movement artist, movement director and acting tutor. Teaching work includes guest movement workshops for the Royal Shakespeare Company, Shakespeare’s Globe and leading actor training programmes in the UK and abroad. She is MA Tutor on the Theatre Lab, RADA and Visiting Lecturer at the University of Kent. She is a Fellow of the Higher Education Academy.

A movement director with over 20 years’ experience, Gabrielle creates exciting physical language for actors and performers for stage and film. She is movement director for Captivate Action Ltd, training artists in Performance and Motion Capture and regularly works in artistic collaboration with Fay Simpson, (USA), Founder of The Lucid Body. Current movement direction/movement language development includes

The Ephemeral Life of an Octopus, for Choreographer Léa Tirabasso, (premieres Luxembourg/UK March 2019), Kensuke’s Kingdom, Michael Morpurgo, for WildChild Productions’, (Edinburgh Fringe 2018 and touring 2019), Tiger Under the Skin, New Public, (Bloomsbury Festival), Autumn 2018- Summer 2019) and her recent show Hawk, which premièred at the RADA Festival 2018 (touring 2019-2020). She has been a regular movement director at theatres including The Watermill Theatre, Theatre Royal Margate, Rose Theatre Kingston and for large-scale outdoor performances including Silo D (World Famous) as part of the 2012 Cultural Olympiad. Selected acting/performance credits: The Princess in The Soldier’s Tale (Purcell Room); Kristin in Miss Julie (1157), Grandmother/Designer in Don Juan comes back from the War (Lyric Hammersmith), Zombie Movement artist in World War Z (Plan B/Paramount); Gloria in The Savages (BBC).

In 2005, apprenticed to Cathérine Clouzot, Gabrielle became the sole UK recipient of her body of work, Transformation and Imaginative Improvisation, which sits her teaching in a unique and unbroken lineage going back to Jacques Copeau via Michel Saint-Denis and the Blatchleys. Gabrielle’s early formation was in dance (Australia, Paris), then physical theatre (Odeontheater, Vienna), prior to her acting training at Arts Educational Schools, London under Adrian James, Robert Fried, Cathérine Clouzot, Stephen Hutton, Terrie Fender and Andrew Visnevski. 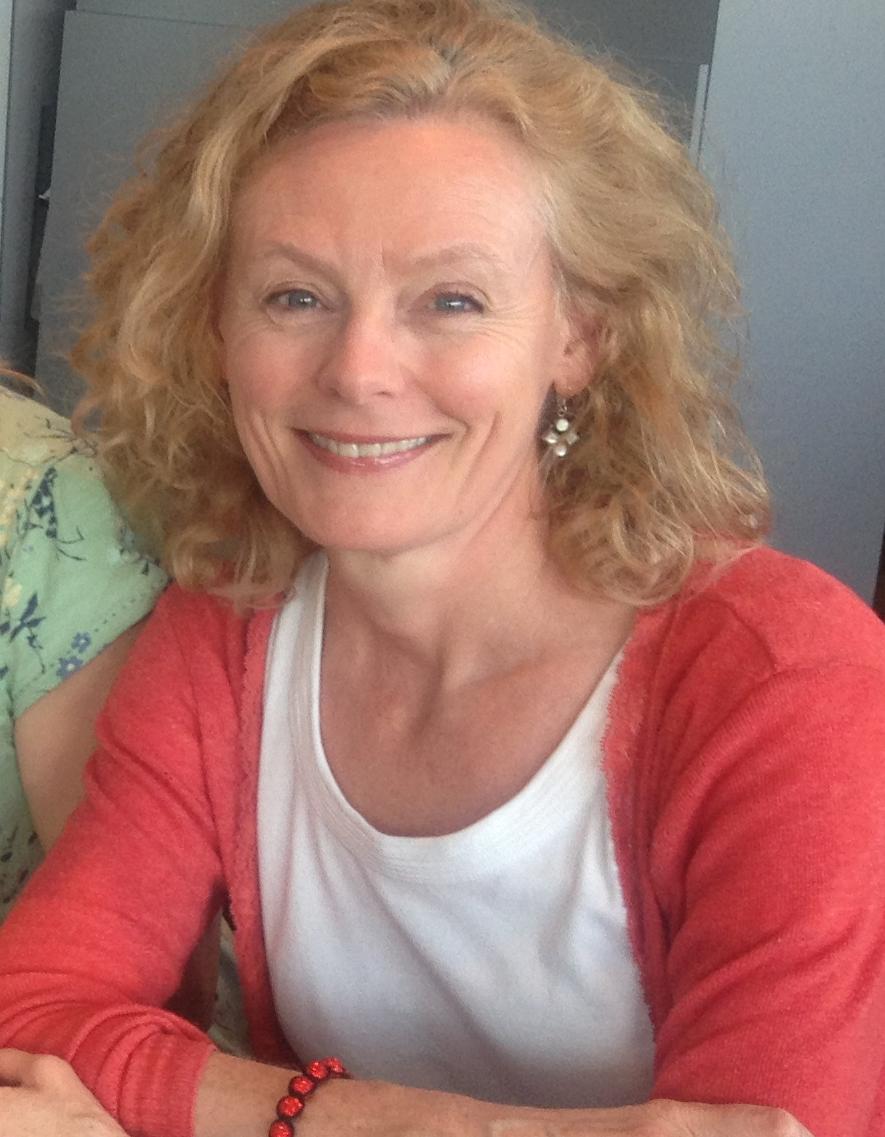 Adrienne Thomas read Modern History at Oxford University and then trained as an actor at The Central School of Speech and Drama. She has appeared in a wide variety of modern and classical plays in the West End and throughout the UK, including Stephen Daldry’s production of Search and Destroy at the Royal Court Theatre, and she was also in Charlton Heston’s film of A Man for All Seasons for US Television.

She returned to The Central School of Speech and Drama to study on their postgraduate voice course, and now works mainly at The Royal Academy of Dramatic Art, and The British American Drama Academy. She also teaches in the U.S., most recently as artist-in-residence at Wellesley College, Massachusetts exploring realist plays. She has been teaching voice and language on RADA’s MA in Text and Performance since 2000 and on the MA Theatre Lab. Her great interest is in inviting students to explore the relationship between practical voice work and the use of language to reveal character and emotion.

In addition she gives private coaching to actors and works with corporate clients on presentation skills and accent reduction. She is a Kristin Linklater designated teacher, and is proud to be one of the few practitioners of this work in the UK. 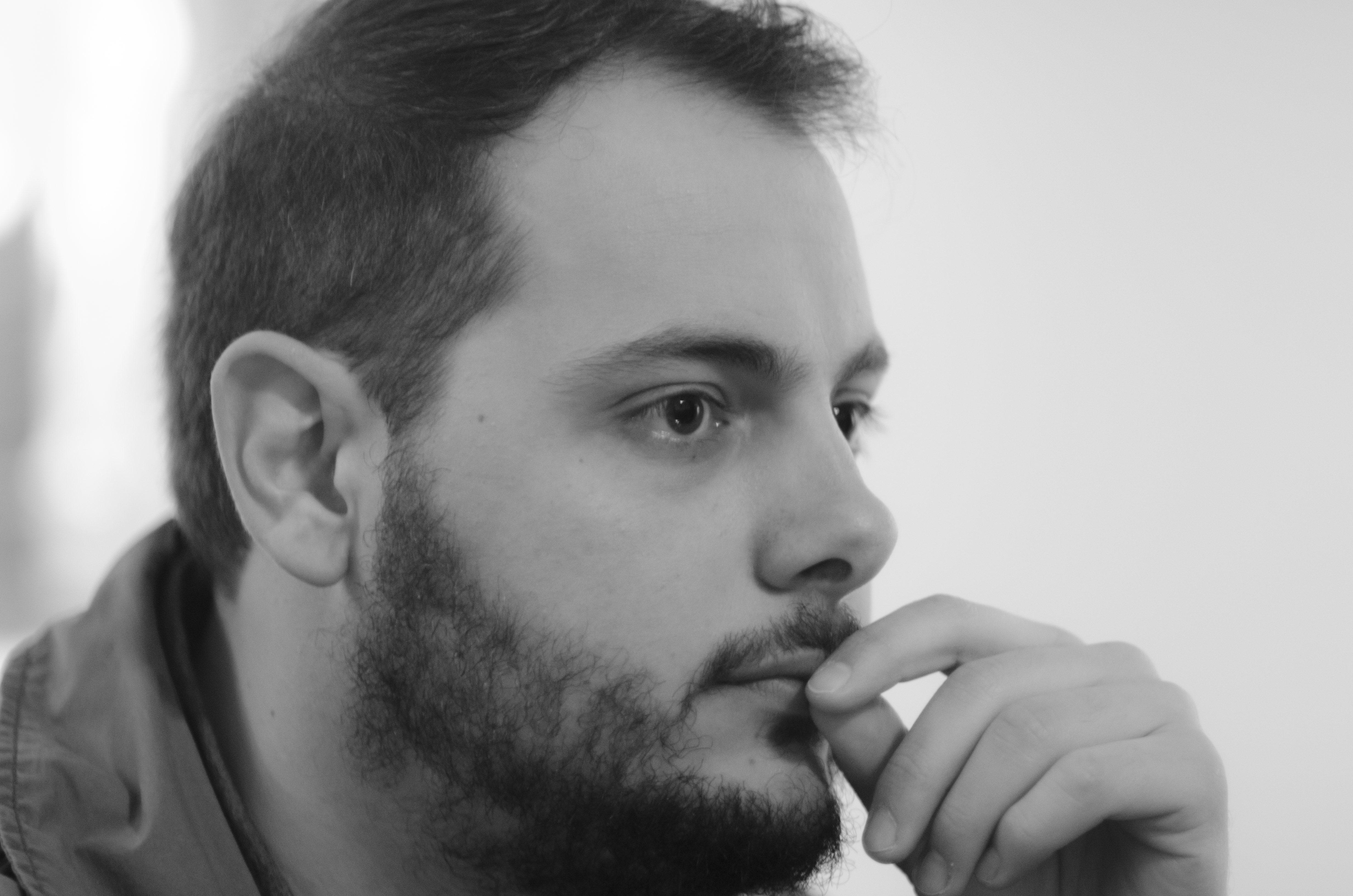 Born in Kalamata in 1987. He took up dramatic and vocal training at an early age and studied European Music theory and Byzantine music. He first performed in the tragedy Electra by Sophocles at the age of 12. After graduating from the Maria Callas Music School of Kalamata he read Economics & Marketing in the Technological Educational Institute of Athens (University of Northern Attica). He also attended the Drama School of the National Theatre of Greece and studied in the Department of Fine Arts and Theatre of the Ministry of Culture of Greece.

In 2015 he completed his training under Dr Haris Carnezi in Cognitive Behavioural Drama, an innovative intervention model for children with communication difficulties, including ADHD, high-level autism, Asperger’s syndrome and selective mutism.

He has worked and collaborated with many creatives, companies and institutes across the EU, especially in the area of Ancient Greek Drama, notably with the Award-winning film-maker, Charalmpos Tsokas, and is at present working alongside designer Nathalie Bries on a project about Textiles and Theatrical Costume in Ancient Greece. He has participated in seminars, symposiums and workshops, given lectures and led workshops on Ancient Greek Drama and on the use of the theatrical mask in Greek Drama.

Further notable collaborations include: European Parliament – Day of Europe (representative for Greece) Royal Academy of Dramatic Art – presentation of the MA Theatre LAB in Kalamata, National Opera of Greece, Euprosyne AISBL Institute in Brussels, Diazoma, Ionian University – Department of Music Studies, B & M Theocharakis Foundation for the Fine Arts and Music in Athens, Municipality of Athens – Technopolis, Mataroa, Health Unit for Children & Adolescents with Autism of the Region of Messenia.

George has performed Ancient Greek Drama and modern plays in both contemporary and ancient theatres in Greece and abroad (including both the Theatre and the Ecclesiastirio of Ancient Messini, the ancient theatre of Nikopolis, The Maison du Peuple / Volkshuis in Brussels, Anima Publication Artspace, the Ionian Academy on Kerkyra and the Grupareio Cultural Centre on Mykonos).

He has written 3 plays: one already published by Anima Publishing House in Athens and the second due out in 2019.